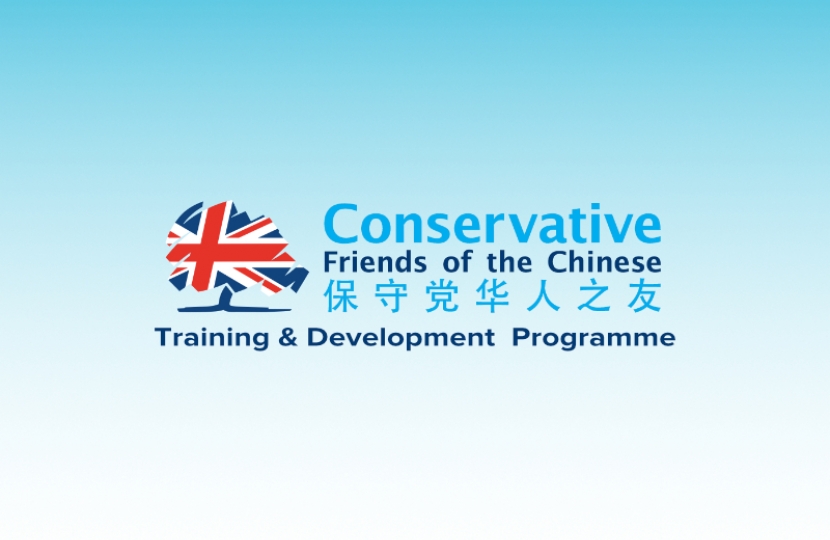 The Conservative Friends of the Chinese (CFOC) will launch a new development and training program on Monday May 17, according to an announcement posted on the London-based group's website on Wednesday.

The program has been developed for members of the British Chinese communities, aimed at helping them in their political, community and career journeys, the post said. Former television presenter Merrill Powell will be the development and training director. CFOC is working to improve the representation of half a million British Chinese citizens in parliamentary and local constituencies with its active outreach program.

The program will identify, encourage, nurture, develop and train potential talent from British Chinese communities to contribute to UK public life, according to the CFOC website. Program participants will also gain an opportunity to understand the inner workings of British politics, the statement said. The group was launched by Boris Johnson in May 2013 to an audience of 200. In the last nine years, CFOC membership has grown to 6,000 individuals with contacts within Parliament and the government.

Copyright 2022 Conservative Friends of the Chinese . All rights reserved.
Powered by Bluetree