Sir Geoffrey Clifton-Brown MP was the Member of Parliament for Cirencester & Tewkesbury from 1992-1997, and has been the Member for the Cotswolds since 1997.

Geoffrey was Constituency Vice-Chairman of North Norfolk from 1984 and Chairman from 1986-91. He was born in 1953, and educated at Tormore School in Kent; Eton College and the Royal Agricultural College, Cirencester, where he graduated as an Associate of the Royal Institute of Chartered Surveyors. Geoffrey is now a Fellow of the Royal Institute of Chartered Surveyors. He is divorced with a son and daughter. Prior to entering Parliament, Geoffrey was a Investment Surveyor. 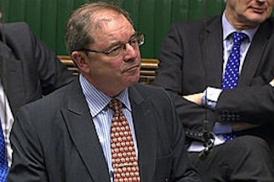